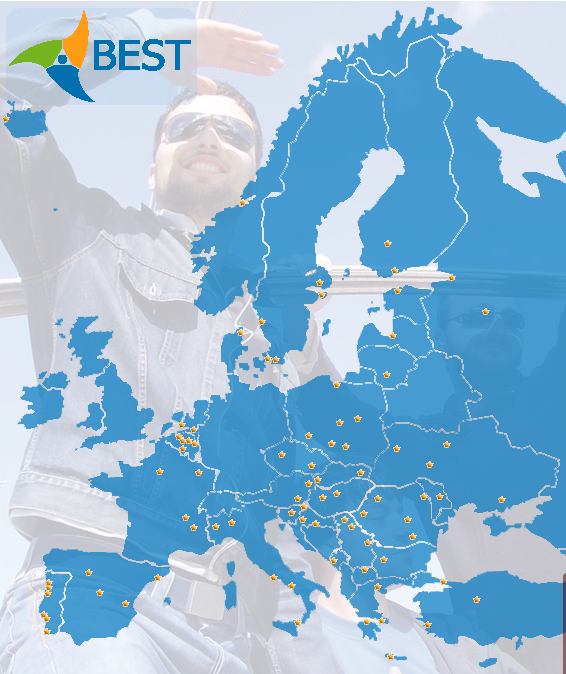 BEST, Board of European Students of Technology is a constantly growing non-profit and non-political organisation.

Since 1989 we provide communication, co-operation and exchange possibilities for students all over Europe.

BEST strives to help European students of technology to become more internationally minded, by reaching a better understanding of European cultures and developing capacities to work on an international basis. Therefore we create opportunities for the students to meet and learn from one another through our academic and non-academic courses and educational symposia. “Learning makes the master”, but the final goal is a good working place, therefore we offer services like an international career centre to broaden the horizons for the choice on the job market. 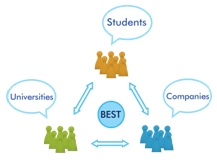 Our priority is to offer high quality services for students all over Europe. Thus, we manage to bring all the partners in the “student – company – university” triangle closer.

Local BEST Group Kosice was founded in 1994. During our 24 years of activity we were involved in organizing a number of projects – both academic and non-academic courses, cultural exchanges, seminars for students, case studies. The emergence of this organization to allow students the Technical University to continually expand their knowledge and walked with modern times thanks to international projects. The founders were students who saw the possibility of developing, providing more and better opportunities for young people worked on the technology, science and research. The aim of our organization is to provide knowledge, information and practical experience, converge the country through the mobility of students. We reach hundreds of students who have the opportunity to use our services.

Intention to constitute LBG (Local Best Group) at 26. October 1992 was lawful by federal department of Czechoslovakia Federal republic (Slovak republic now) establish branch of BEST on Slovakia. The first was BEST Bratislava at Slovak Technical University. Intention to constitute a LBG in Kosice on second biggest technical university on Slovakia (Technical University of Kosice) started at 3.August 1994 by Milos Los, but in this age was official proposal from government that new LBG Kosice can perform just under LBG Bratislava. But for this process was necessary change statute of LBG Bratislava. Another chance was create a substantive statute for LBG Kosice. It was more acceptable way. New statute of LBG Kosice was created and at 22. November 1994 also LBG officially registered. First president and simultaneous statutory was Milos Los.